Either you love it or you hate it.

The Name had to be politically incorrect. So FUCKING tired of this PC bullshit that people are trying to force-feed us! I’ve looked at the top 20 men’s magazines online, and they all are Get Woke, Go Broke; they all have something about BLM, MeToo, or LGBT scams, and these fake issues real men don’t give a shit about. They are Beta-Boy(most have penises but are not men) magazines. I grew up in a time when men’s magazines were exciting and had testosterone-fueled articles, health & grooming tips, and even had a sense of humor.

Look, I understand being respectful towards most others and respecting boundaries, but when you start making up stupid problems that don’t exist, that’s a problem. When you make up issues that don’t exist, you effectively waste the time of those around you who buy your bullshit. Of course, the journalists(FakeNews) waste their time writing about non-existent issues that are only a fabrication of society.

80% of Americans Believe Political Correctness Is a Problem

The SJW’s for instance… they’re wasting their lives kicking and screaming about petty things that don’t matter. Except among a tiny minority of far-left Americans, political correctness (P.C.) is deeply unpopular. Even young people are uncomfortable with it, including 74 percentages 24 to 29, and 79 percent under age 24. On this particular issue, the woke are in a clear minority across all ages.

Most men, except for betas, are big fans of Joe Rogan and listen to his podcast, which is the most popular podcast in the world. Joe has been doing standup comedy for over 30 years, and I’ve seen all his comedy shows, and they kill. One of his best performances was at A very cool venue, the Tabernacle in downtown Atlanta, GA. Watch the clip, and you will understand.

The Holy Grail of Rolex 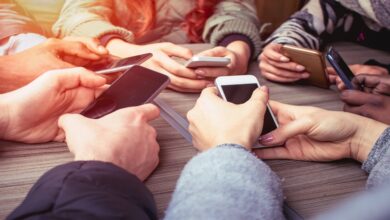 Add Our App To Your Phone