This RINO platform doesn’t even follow their community guidelines!

We prefer that removing users or user-provided content be kept to the
absolute minimum. We prefer to leave decisions about what is seen and who is heard to each individual. In no case will Parler decide what will content be removed or filtered, or whose account will be removed, on the basis of the opinion expressed within the content at issue. Parler’s policies are, to use a well-known concept in First Amendment law, viewpoint-neutral.

“Parler is being run by an experienced team and is here to stay,” said Meckler in a statement. “We will thrive as the premier social media platform dedicated to free speech, privacy and civil dialogue.”

They Steve Jobs, the former CEO John Matze, and we all know what happens to Apple after Steve left. Ever since Mark Meckler has taken over, the site has run terribly and has become more fascist. I have read their community guidelines and fully understand them, yet Thursday(4/22) at 10 pm deleted my account without warning. I post and comment quite often, So I have no idea what exactly it was. My last post was a picture of some sea salt I put in my smoker, kind of look like Hunter’s teeth, not his new ones. Other than that, most of my posts are pro-freedom, anti-vaccine, election fraud, and sexiest savage memes we all love and enjoy.

Some are more savage than others, but nothing we don’t see every single day across all social media.

I know what you are thinking. I had my account for over a year and 13,000 followers. If the username was a problem, send me a message, I’ll change it. SIMPLE, But I don’t think it was the username

Upon further investigations and talking to lots of people, there are rumors that after the Amazon attack, that now Parler is under strict Rino influence/control. In my book, that is as bad if not worse than corporate big tech control similar to Facebook.

Interesting Article, sounds like John got it much worse than Steve.

I am guessing that it was that time of the month for someone in the community guideline gestapo department. I’m not suggesting it was a female since we all know men can have periods, too, or maybe they discovered I’m a white male. Emails to the support department have gone unanswered, of course.

My suggestion would be don’t waste your time and energy with Parler!!! They are not the free speech platform they claim to be!!! Check Gab out(@sean_carter). I’m also looking forward to seeing Trump’s platform.

Do not post this article on Parler!!! A friend posted it and he got banned as well. 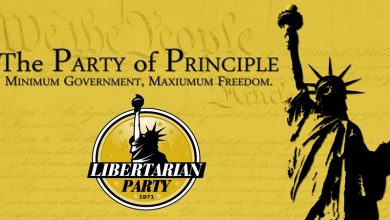